Were Turks, Kurds and the foreigners ‘guilty’ of getting Erdoğan wrong?

I have the bitter sense that we passed that despicable threshold, perhaps to a point of no return. The result of the referendum was the sealing of an autocratic rule; a stamp for legitimacy for the leader who so wished to establish it, however much the opposition claims fraud. Stamping the no man’s land of lawlessness, with the emergency rule on his side, Erdoğan has alread made it clear he will ignore all the objections: the more rational they are, the more fiercely and resolutely.

Many of us observing Turkey, who in different political colours but in honesty and hope as common denominators had hoped for a democratic order and end of suffering in Turkey, have been delivered another severe blow by a vote in PACE of Council of Europe. Turkey has become downgraded to a second league, where Azerbaijan, Armenia, Georgia, Bosnia and Moldova are squeezed into, whose badly deteriorated state into lawlessness is now placed to be monitored at least a year. The vote in April 25, 2017, coupled with the domestic vote in the referendum that gave President Erdoğan unchecked executive powers spells the end of Turkey as we know it.

It was the 360 degree turn of the AKP story, which has dominated the past 15 years of Turkish political scene, that in the past three-four years became the funeral march of the country’s aspirations for stability, serenity and predictability for its citizens.

So, many of us in the media (so many now in jail or in exile), in academia, think tanks and elsewhere, somewhere in the world are now left with the big question mark: Where did we get Erdoğan wrong? Was the AKP story from the very beginning a mirage, a constant stream of illusions for ist observers? Did it fool us all, at home and abroad? Or are we being too harsh on ourselves as intellectuals? Perhaps this was the story that had to happen, because there was no other civilian political counter-dynamic to stop it anyhow? 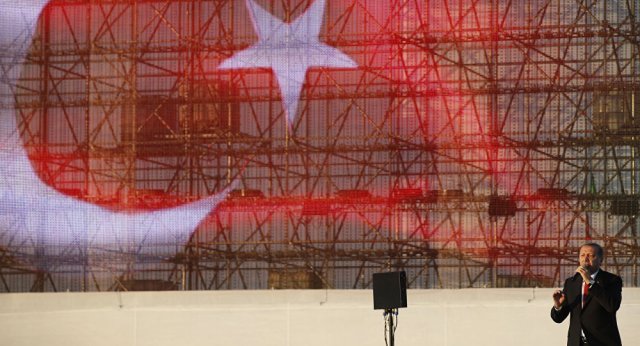 Now that Erdoğan’s spectacular power-grab is reaching its completion with lesser and lesser obstacles, this soul-searching is inevitable. Equally expected are also some views now surfacing, after being buried for a long time, in a vindictive manner, targeting various bulks of intellectuals in Turkish society including the Kurds, and, all the Western institutions and bodies (State Department, Venice Commission, the EU Comission, the High Representative of the European Union for Foreign Affairs, European Court of Human Rights, the IMF, the World Bank, the Council of Europe etc…) accusing of them being duped, all in one package.

This is a huge package, that all got Erdoğan and the AKP totally wrong, according to those self-righteous. This type of ‘we knew it all along, better than all of you, that this would happen’ accusations are aired; ‘We told you so”, in all colour-tones of cynicism, has found a fertile ground.

I need not go further than saying that such outbursts, accusing Turkey’s reformists, liberals, leftists, Kurdish intellectuals, civil society organisations, pious Gülenist community grassroots; non-Muslim minorities – all united in a hope for some change – of such ‘apparent naivete’ exposes an urge for simplifications about Turkey, its people, its history. And, as I will explain further on – it lacks a moral compass.

Yet, we are here, in a deep swamp of authoritarianism. Part of my discussions with intellectuals at home or expats is about to detect if we were all accomplices, fellow-travellers in a journey Erdoğan at later stages took control of.

Was democracy for him a means to an end?

If so, why couldn’t we see it?

How could we all get it wrong?

”For many Turks and Western analysts, the answer is straightforward: Erdogan is, and has always been, an authoritarian” wrote Steven Cook, one of the most astute Turkey observers in the USA, in Washington Post.

And, he went on to express what I also wholeheartedly believe:

”For all its appeal, though, the claim is a little too neat and fails to account for the messy contingencies of politics, missed opportunities and competing worldviews. It is impossible to know what is in people’s hearts and minds, but Turkey’s return to one-man rule may be as much about the dynamic interaction of the country’s domestic political struggles, the choices that Europeans have made, those that Americans did not make and, yes, Erdogan’s worldview.”

Cook reminds the readers that Erdoğan had overseen several rounds of political reforms, strengthened the freedom of the press, did away with the state security courts, changed the penal code. For these he had a staunch backing of key AKP figures such as Abdullah Gül and Ali Babacan, both globalists and reformists.

But there was a counter-dynamic, a non-civilian one: reconciling with the dark past of Turkey, diminishing the dominant role of the military in politics, and pushing for real justice for the oppressed threatened the old order. Encouraged by the Greek Cypriot rejection of the unification of Cyprus, these forces launched a series of moves to cripple the AKP rule, as exemplified by coup-plots revealed by the independent press, an e-memorandum, and a closure case against the AKP, in 2008.

Cook concluded in his article:

”These episodes amounted to victories for Erdogan, but they convinced him that Turkey’s elites would never rest until the AKP was brought low. That helps explain why, in the years that followed, he reined in the military, used state organizations such as the tax authority to intimidate unfriendly members of Turkey’s traditional establishment, and transformed the country’s once-freewheeling but decidedly flawed press into a virtual ministry of information.” 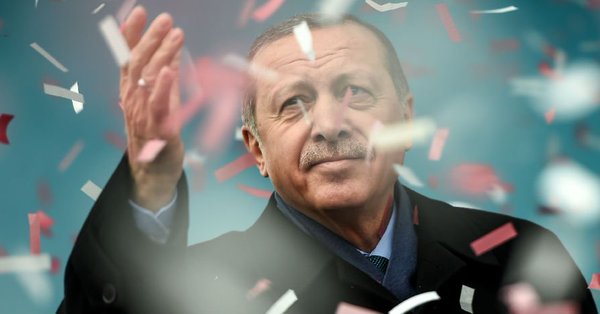 In a new documentary about Erdoğan, titled ‘L’Ivresse du Pouvoir‘ (by Guillaume Perrier and Gilles Cayatte) one of the founding fathers of the AKP, Kurdish ‘elder’ politician Dengir Mir Mehmet Fırat, explains ‘from inside’ in a similar manner that the conditions brought out the worst out of Erdoğan: the more lonely he became at the top, the more despotic he evolved to be.

Turkish reality is far too opaque and complicated to be boxed in.

True, there were many – especially in Kemalist/UltraSecular flank – who stricly disbelieved the sincerity of Erdoğan, often ignoring the civilian base his party initially represented. For the others, including myself, this categorical rejection posed a lack of moral stand. The English proverb came in handy for those who gave an elected party benefit of the doubt: ‘The proof of the pudding is in the eating.’ Any honest intellectual was obliged to give the AKP credit.

And they did. Each and every one wrote a check, – let’s say – with different amount of moral investment. And, as Erdoğan started showing a change of attitude, each and every intellectual stepped out, in his/her defined deadline – often by noting an event which had them say ‘enough, my credit line is over.’

The point I noted an end to AKP’s reform policies was when Erdoğan in January 2011 had visited Kars, and seeing a huge ‘statue of friendship’ at the Turkish-Armenian border, by the master sculptor, Mehmet Aksoy, had ordered it to be demolished. He called it a ‘freak statue’ and was obeyed rapidly. The obedience was a symbolic act that, I thought, marked a path towards poisonous autucracy.

I don’t believe that there was a hidden agenda from the beginning. The secular opposition failed to reform itself, while the EU – led by Merkel – lacked a lucid long-term membership strategy for Turkey; it let Cyprus hijack reformists’ aspirations for a strong eastern front, including Armenia, and the cunning ‘old establishment’ managed to dig holes to reclaim shares of Erdoğan’s powers, with success; as the post-coup Turkey shows.

‘We told you so!’ side misses the point that everyone analysing Turkey including themselves had a political agenda. No part can ever claim a moral upper hand over the other.

Could Venice Commission have missed the broad perspective on democratic constitution for Turkey? Hardly.

Were all the EU Progress Reports filled with lies?

Should Turkey’s millions of Kurds not back the Peace Process, refusing to believe Erdoğan?

Of course they wouldn’t.

Put together, the blame that all outsiders who invested political credit for Erdoğan were a bunch of fools, therefore, translates into an insult for social groups at home and decision makers abroad.

Most of them, be them individuals or institutions, did their best. I have no doubt about it.

The core point, after all, is, that all this perhaps had to happen. Now is the time for conclusions much farther reaching that ‘we told you so’ slogans: the AKP story confirmed, as a field study, in bold letters, that political Islam and democracy are not compatible, and a new democratic alternative must be shaped to overturn it.

After all, ‘we told you so!’ is nothing but a disguised expression of desire to turn back to ancien regime, to remain in it, is it not?